The PS5 is a promising console that draws a clear line for the next generation, providing an experience that doesn’t sacrifice performance for fidelity.

After putting the PS5 through its paces and testing out its unique features, including the DualSense controller’s improved haptic feedback and resistance, as well as games like Astro’s Playroom and Spider-Man: Miles Morales, Mat Paget is impressed with Sony’s system and sees it as a great foundation for the next gaming generation.

Mat discusses the console’s user interface, new controller, 3D audio, performance, and how games make use of the console’s exclusive features. He also tested out its SSD to see just how fast it really is for loading games, as well as its accessibility features and new “Activities.” He also played PS4 games to see how performance improved on the PS5, and games such as Assassin’s Creed Unity now has a much smoother frame rate.

The console’s big new features will rely on third-party developers choosing to utilize them, but the PS5 is a console with plenty of power and a great lineup of exclusive games, both at launch and coming early in 2021. 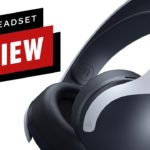 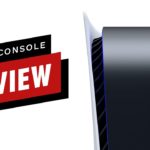