Let’s help you break down price, performance, and other key differences to consider when buying a next-gen Xbox console.

Microsoft’s Xbox Series S and Series X are shaping up to be promising next-gen game consoles. If you’re looking at buying one there are big differences to consider. In this video we take a look at what you’re getting for the price either buying outright or through Game Pass Ultimate. We’re going to look at how backwards compatible games can be loaded onto each console, differences in performance and power, physical size, hard drive space, and clever ways the S is trying to compete with the X. Both consoles can be bought outright or paid off over two years with Game Pass Ultimate that includes a rotating list of titles, EA Play, more upcoming games will be added such as Halo Infinite and Bethesda’s lineup.

The Series X comes with the most power, 4k native resolution, a 1 TB NVMe Solid State Drive, and a disc drive. The Series S upscales from 1440p to 4k, has a 512 GB hard drive, and aims to make game sizes around 30% smaller on average. The Series S is also 60% physically smaller.

Xbox consoles release on November 10th with waves of pre-orders becoming available. GameSpot has an Xbox Series X and are currently running it through its paces. Head over to GameSpot to see our preview, new faster load times, and how 4k footage looks. 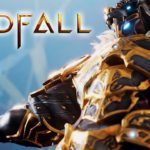 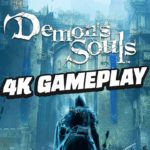