See the performance, visuals, and load times of Assassin’s Creed Valhalla compared between the Xbox Series X and Xbox One X.

Assassin’s Creed Valhalla is the latest game in Ubisoft’s open-world series, and it’s available on a wide range of platforms, spanning current and next gen. But what kind of improvements can you expect to see if you play it on Xbox Series X vs. Xbox One X?

The video above demonstrates some of the benefits of upgrading to the next-gen version–which you’ll get access to for free by purchasing the Xbox One version (the same is true with the PS4 and PS5 versions). We start out by showcasing the improved visuals, including the impressive lighting and shadow effects you’ll enjoy on Series X. From there, we take a look at load times, specifically as we fast travel to England. On Series X, this takes 17 seconds, whereas the same task takes more than four times as long to complete on Xbox One.

You can watch the video for much more on what to expect between the two versions, and be sure to check out GameSpot for our full Assassin’s Creed Valhalla review and much more next-gen coverage. 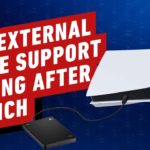 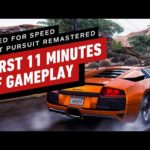