Want to know just how different Cyberpunk 2077 looks on PlayStation 5? Check out this graphics comparison between a base PS4 model and PS5.

Cyberpunk 2077 is a stunning game… if you’re playing it on the right systems. It’s being hailed as “the new Crysis” on PC, and you’ll need a powerful graphics card to be able to run CD Projekt Red’s latest at its highest settings. But little footage of the game was shown on console pre-release.

Now that Cyberpunk 2077 has been released, we can finally dig deeper into its console versions. In this video, we compare the game running on PlayStation 5 to the base PlayStation 4 model to see just how much difference Sony’s brand new console makes. It should be noted that the version running on PS5 is actually the PS4 version of the game, playable through backwards compatibility. A patch to upgrade the game for PlayStation 5 will be released next year. 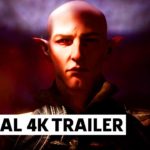 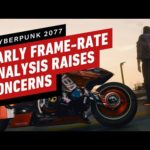