After eight years and numerous delays, CD Projekt Red’s eagerly anticipated Cyberpunk 2077 is finally here. The question on everyone’s lips is: Does Cyberpunk live up to the hype?

Our reviewer Kallie Plagge tells us about her time with the game, which amounts to 50 hours of play. She sits down with Jake Dekker, who has also been playing, to discuss her experience so far with Lucy James. And there’s a lot to discuss, from the rough and ready charm of Keanu Reeves’ Johnny Silverhand, to the other, oftentimes quirky inhabitants of Night City. There are also the numerous sidequests to talk about, how first person combat from a developer famed for its third person games feels, and if the game manages to feel cohesive.

With an open-world game so big and dense as Cyberpunk’s, things are bound to go a little wrong, so Kallie also discusses the bugs she’s encountered in the game. Make sure to check gamespot.com to read Kallie’s final review, and subscribe to youtube.com/gamespot to watch the video review as soon as it’s ready. Cyberpunk 2077 launches on PS4, PS5, Xbox One, Xbox Series X/S, PC, and Stadia on December 10. 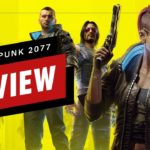 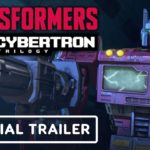