Cyberpunk 2077 has had a lot of bugs and glitches at launch and we found some of the best ones on the internet.

It goes without saying that the launch of Cyberpunk 2077 has been less than smooth, with gamers on all platforms coming up against a myriad of bugs in CD Projekt Red’s new open-world RPG.

In this video, we scoured the internet for the best bugs that players have encountered, including walking headless enemies, t-posing NPCs, flying cars (but not the futuristic kind), and more. Some of these bugs were captured before CD Projekt Red issued patches for the game, so they may be fixed now.

Cyberpunk 2077 is available now on PS4, PS5, Xbox One, Xbox X/S, PC, and Stadia. Our reviewer Kallie Plagge awarded it a 7/10, you can read the full review over on gamespot.com. 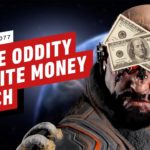 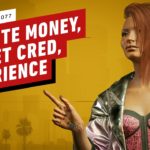