After a long wait, Bungie has finally released the next-gen update for Destiny 2. The new features that came to Xbox Series X, Xbox Series S, and PlayStation 5 include 4k gaming at 60 frames per second. Here’s about six minutes of Cosmodrome gameplay running on an Xbox Series X.

In addition to gaming at 60hz at a 4k resolutions, Destiny 2 also got a field of view slider that lets you see the game in a whole new perspective. Previously, consoles were maxed out to a maximum FOV of 75. With this next-gen update, players can now take that all the way to levels once only available to PC. The new field of view max for Destiny 2 is now 105 allowing you to have so much more on the screen at a given time. Finally, if you’ve got the hardware, you can jump into the Crucible will a whopping 120hz. Of course, you’ll need a display that can reach those heights. Check you Xbox or PlayStations display settings to determine if your TV or monitor will support 120fps.

For more on Destiny 2: Beyond Light, keep it on IGN. 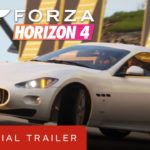 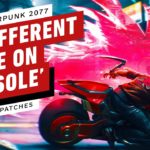