It’s officially December 2020 and we cannot believe how quickly this year went by. This month we are getting some more great games to play, such as Immortals Fenyx Rising, and Medal of Honor: Above and Beyond. We are also getting Fifa 21, Madden 21 and Destiny 2 Beyond Light on the new Xbox Series X/S consoles and the Playstation 5!

Also releasing this month, we have Chronos Before the Ashes, which is an overhauled version of the VR game, Chronos, as well as Empire of Sin and Twin Mirror. Anyone excited for Worms Rumble? How about Sam and Max Save the World? Sam & Max are cartoon private investigators. If you like lovecraftian style games, check out Morbid: The Seven Acolytes. Morbid is a souls like game as well. Some other games you can check out this month are PHOGS, Haven, Shiren the Wanderer, and Startup Panic. Taiko No Tatsujin Rhythmic Adventure Pack is out as well as Commandos 2 HD Remaster. Releasing Dec 4th is Fitness Boxing 2 as well as Fire Emblem Shadow Dragon and The Blade of Light and Dragon Quest 11. Two games out this month have Keanu Reeves starring in them, John Wick Hex and Cyberpunk 2077. If you like puzzle games, check out Call of the Sea as well. Let’s not forget about Puyo Puyo Tetris 2, Shakes on a Plane, Woodsalt, and Temtem! Here’s a list of games releasing after the much anticipated Cyberpunk 2077, George Orwell’s Animal Farm, Brigandine: The Legend of Runersia, Sword of the Necromancer, and MXGP 2020. Check out the Collection of SaGa Final Fantasy Legend game if you’re a fan of FF! Last but not least, we also will see Override 2: Super Mech League, Binding of Isaac Repentance, and also Minecraft Dungeons Howling Peaks this month. 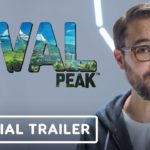 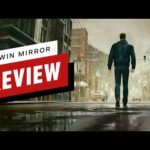