The near decade-long lifespan of the Xbox One has finally come to a close, well sort of. With the Xbox Series X and the Series S taking over as the new faces of Xbox, it’s time to take a look back at the emotional rollercoaster of a ride that the Xbox brand took us on these past years with the Xbox One family.

The Xbox One has an incredible history. Some good, some bad, and some ugly. From the infamous disaster of a reveal in 2012 in the hands of Don Mattrick, to the fantastic 360 pivot they were able to pull off after Phil Spencer was named Head of Xbox, we’re going to go over every major (Nelson) moment that defined the Xbox One generation of consoles.

In this video we’ll also discuss Microsoft’s walk back from the once required Kinect and how the Xbox One’s focus on backwards compatibility that almost single handedly turned every thing around for the consoles.

It was an interesting console generation for sure and you can bet that IGN will be there every step of the way in the new stories the Xbox Series X will have to tell us in the coming years. For so much more on Xbox, stick with IGN. 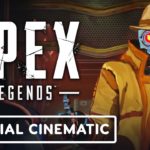 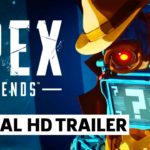