The Mandalorian Season 2 has come to an end with a wild and exciting finale. The live-action Star Wars series on Disney plus, brings us the adventures of The Mandalorian and The Child (a.k.a Grogu a.k.a. Baby Yoda) as they seek out someone powerful in the Force to train the little one. Will The Mandalorian rescue Grogu from the clutches of Moff Gideon? Will we get to see someone fight with that Darksaber? Join IGN host Max Scoville for this episode of Canon Fodder to try and get a sense of where The Mandalorian Season 3 will take us. This is the way!

When The Mandalorian Season 2 trailer came out, fans were excited at the prospect of seeing fan favorite characters like Bo Katan Kryze and Boba Fett in live-action. Now after The Mandalorian Season 2, we’ve seen those characters and more, including a live-action Luke Skywalker. When Ahsoka Tano sent Mando and Grogu to Tython, many expected to see Luke appear in the finale. Will Grand Admiral Thrawn appear in the finale?

In this episode we also say goodbye to a true Mandalorian, Jeremy Bulloch, the first to play a live-action Boba Fett in The Empire Strikes Back. 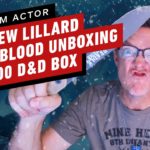 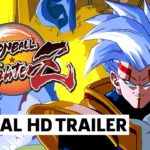