You may have some more time on your hands to get through that PlayStation pile of shame. Here’s a rundown of the 10 best-rated games for PS4, as gathered by review aggregator, Metacritic.com.

As more fantastic games are being released, it only means that our piles of shame grow larger and larger. With 2021 looking to keep us all indoors as much as possible, that might mean you have a little extra time on your hands to finally start tackling some games you’ve always meant to play but never had the time to. But where to start?

Well, we’re here to help. We’ve gathered ten of the best PlayStation 4 games that you really should have played by now. They’re ranked by review aggregator Metacritic.com. We’ve only listed games that are PlayStation 4 console exclusives, though remakes of older games and games that eventually ended up on PC are also allowed. You can bet that you’ll see fantastic games from Sony’s lineup of first-party studios, including Naughty Dog and Sony Santa Monica. But which games? You’ll have to watch and find out. 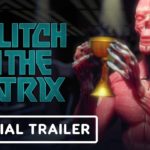 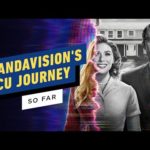