Control: Ultimate Edition has officially arrived on PlayStation 5 and Xbox Series X|S. Here is a chunk of gameplay from very early in the game showing both graphical modes in action on PS5.

Control: Ultimate Edition has been out for sometime, but it is now fully optimized for next-generation consoles. In this version of the game, you’ll find it has the ability to run in two different graphics modes. The first is Graphics mode which locks the framerate to 30fps, but adds Ray Tracing and overall higher graphical fidelity. The second is Performance mode that allows the game to run at up to 60fps, while disabling Ray Tracing.

Control is a 3rd person action-adventure that sees the main protagonist Jesse take on the role of Director for the Federal Bureau of Control. During her decent into the supernatural Oldest House, you’ll utilize supernatural abilities as well as the fully modifiable Service Weapon to take down the Hiss and solve the mystery of what paranormal events took place during Jesse and her younger brother Dylan’s childhood.

Control is now available on Xbox Series X and PlayStation 5, and is one of PS5’s free games for February for subscribers to PlayStation Plus. 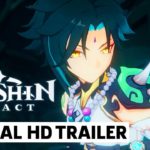 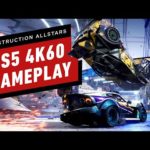