Reviewed by Tristan Ogilvie on Xbox One. Also available on PlayStation 4, PC, and Nintendo Switch.

“Little Nightmares 2 is every bit as black, bleak, and eerily beautiful as the original. It’s also just as brief, and although the reintroduction of the Six character as an AI-controlled co-op partner ultimately serves the story well, she’s not used as a vehicle to take the game’s puzzle-solving and stealth to interesting new places, which seems like a real missed opportunity. While I still very much enjoyed each thrilling encounter with its menacing mob of monstrosities, the overall sense of familiarity this time around meant that Little Nightmares 2 left less of a lasting impact. There’s no doubting developer Tarsier Studios’ artistry and ability, but I hope for its next project it leaves these Little Nightmares behind and dares to dream bigger.” 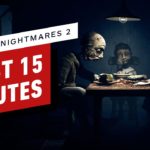 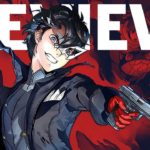