We got to see Mass Effect Legendary Edition recently, so Lucy breaks down every huge change BioWare are bringing to the remaster of the iconic franchise.

The Mass Effect trilogy remaster has long been rumored, but now we finally have our first look at all the changes Bioware has made to improve the visual and performance quality of its beloved trilogy. We recently attended a presentation with Bioware and, boy, are they making a lot of tweaks.

In the above video, Lucy has put together an exhaustive list of everything they’re tweaking, changing, enhancing, and improving in the Legendary Edition. Most important among these is perhaps the sweeping changes to the original Mass Effect. It’s a classic but, compared to Mass Effect 2 and 3, it is showing and feeling its age the most.

Lucy also breaks down just what is going to happen to Galactic Readiness without Mass Effect 3’s multiplayer, and what will become of our beloved elevator rides thanks to quicker load times on current consoles and PC.

Mass Effect Legendary Edition will launch on May 14 on PlayStation 4, Xbox One, and PC via Steam and Origin. It’s also forward compatible with Xbox Series and PlayStation 5. 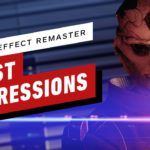 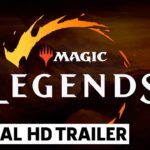