Commander Shepard returns in Mass Effect: Legendary Edition! IGN’s Ryan McCaffrey and former US Gamer editor-in-chief Kat Bailey got a hands-off demo of the highly anticipated remaster of the sci-fi RPG trilogy and spoke with BioWare. Here’s what they thought! 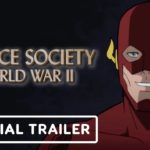