IGN on the Six is back for an exclusive dev interview with Rainbow Six Siege Art Director Alexander Karpazis so you can get all the new details on everything you need to know for Crimson Heist and the new attacking Operator Flores. Kicking off Year 6 Season 1, the new updates coming to Crimson Heist include a Border map rework, the introduction of Match Replay, and a new attacking gadget called the Gonne-6.

Alex also talks about new balancing updates coming to Rainbow Six Siege Crimson Heist such as balancing changes to Goyo and Melusi, attacker repicks during the prep phase, and being able to control your drones after death. Make sure to watch future episodes of IGN on the Six to get your latest Rainbow Six Siege updates! 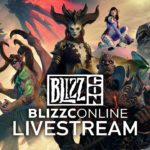 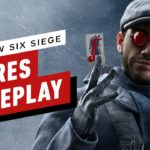