The world of Valheim, the new Early Access viking survival game from developer Iron Gate, is full of danger, and it may feel pretty overwhelming at first. The game expects you to figure things out for yourself, which can make the early goings seem very daunting. Fortunately, we’re here to help you become a better viking.

In the video above, we go over some essential tips for Valheim beginners that should help you in your goal to conquer the land. Building a base camp out of abandoned houses is a vital thing to keep in mind; not only do they provide valuable shelter, but they’re a good source for wood and other resources. We’ve got plenty of other tips as well, so be sure to give the video a watch before you begin your viking adventure.

Valheim launched in Early Access on Steam earlier this month, and it’s already wildly popular on the platform, selling more than a million copies in its first week. Check back on GameSpot for even more Valheim coverage. 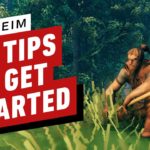 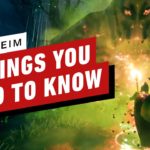