The Animal Crossing: New Horizons release date is March 20 on Switch, but we’ve learned a lot more about the new game thanks to the latest Nintendo Direct, including new characters, multiplayer features, island customization, and more.

Animal Crossing: New Horizons is one of the most eagerly-anticipated games of 2020. Unlike a certain other blockbuster game that we’re excited about playing that day, the Switch-exclusive is about friendship, community, and achieving simple but meaningful goals. It offers a relaxing gameplay experience that very naturally fits into most people’s daily lives in the world. It’s exciting and wholesome in equal measure!

Nintendo hadn’t revealed much New Horizons since it’s initial reveal, but that all changed with the Direct event held on February 20. The 30-minute long stream recapped what we know about the game so far, but then revealed a whole bunch of new information on everything from new characters and character customization options, to the buildings and other facilities players will be able to check out and holiday updates.

For New Horizons, players take the role of a Resident Representative for an island relocation program. Naturally, the whole setup is courtesy of shrewd businessman Tom Nook and his company. What this means is you have more control on how the island you settle on as a whole develops. You even have a hand shaping the terrain of the island thanks to a new deformation mechanic, so you should truly be able to craft the island of your dreams.

In this video, resident Animal Crossing expert Kallie Plagge breaks down all the most essential information from the New Horizons Direct. Whether you missed the event and need a quick catch-up or want to recap everything important that was revealed, you’ll get a bite-sized look a everything you need to know here. 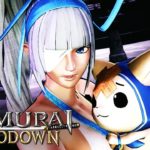