Raccoon City has never looked more terrifying! Check out our side-by-side comparison of the original 1999 title vs the 2020 remake.

Capcom is drastically reimagining Resident Evil 3 with its upcoming remake of the two-decade-old PS1 original. Early footage gave us brief glimpses of Jill, Raccoon City, and Nemesis. Recently, we got a new in-depth look at the remake’s version of several iconic scenes, characters, and enemies from the original.

In the video above, we compare both the original and remake, giving you a side-by-side look at the differences between the two. You can see in greater detail how RE3 remake interprets enemies like Nemesis, Hunter Gamma, Drain Deimos, as well as locations like the substation and Raccoon City itself. There’s a lot more, too, so definitely watch it the whole way through.

You can expect to play RE3 remake on PS4, PC, and Xbox One on April 3. If you’re interested in our impressions about how the game is shaping up so far, check out our video discussing our experiences playing the game for two hours. 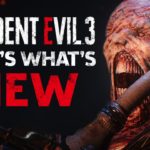 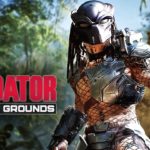