Things get weird in this gameplay clip from Half-Life: Alyx’s campaign, in which Xen begins to infest the entire area, and you get your first look at a grenade in action.

Half-Life: Alyx will be released on all PC-based VR platforms on March 23. Stay tuned to IGN all March long for exclusive coverage! 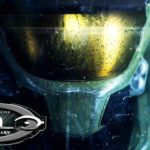