Resident Evil 3 Remake’s campaign shows off some daring and intense moments throughout Jill Valentine’s attempts to escape Raccoon City. In addition to fighting numerous undead and other bio-weapons, the protagonist will face off against the game’s main villain, Nemesis, at key points throughout the game. While the campaign doesn’t always follow through with its attempts to balance survival horror and action, it still makes for an enjoyable game to play. However, Resident Evil 3 Remake has an unlockable difficulty setting that not only pushes it closer to its survival horror roots, but it also offers some of the game’s most intense encounters.

In this video, we explain why the Nightmare mode in RE3 Remake is a fantastic addition to the game. Unlocked after finishing the Hardcore mode, Nightmare adds more enemies and reshuffles key item locations. The key villain, Nemesis, also sees an upgrade, and it’ll be move faster and be more aggressive in its attempts to take you out. But what makes the bonus mode so engaging is how it remixes many of the game’s encounters with the enemies to focus more on the tension found in traditional survival horror games–the feeling of uncertainty of what’s around the corner. Even if you’re well-acquainted with the game after a single playthrough, Nightmare mode adds in some chilling surprises, which will likely lead to an unexpected end. 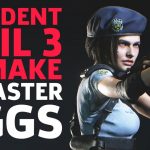 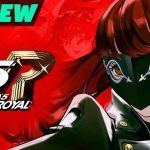