Have you ever dreamed of travelling to a galaxy far, far away and becoming a Jedi Knight. A new Star Wars game show called Jedi Temple Challenge gives kids the chance to do just that. This new series is hosted by Star Wars veteran Ahmed Best, now playing Jedi Master Kelleran Beq. Beq will guide Padawans as they confront three rounds of challenges and work together to become champions of the Force. Joining Best are Mary Holland as the voice of Beq’s droid companion AD-3 and Sam Witwer as the voice of the Dark Side.

The first two episodes of Star Wars: Jedi Temple Challenge will premiere on Wednesday, June 3, 2020. The series will air on both StarWarsKids.com and the official Star Wars YouTube channel. 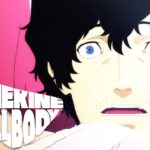 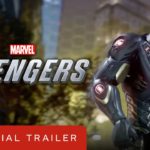