Naughty Dog’s The Last of Us Part 2 is officially out on PS4 and with it there are lots of easter eggs, callbacks, and references, so here are 47 things you might have missed.

We’ve found a ton of Easter eggs and references in The Last of Us Part II. And that’s not all either–Naughty Dog’s recent release includes dozens of callbacks to The Last of Us and The Last of Us: Left Behind as well.

In the video above, Evan Langer and Jake Dekker detail the 47 (yup, that many) Easter eggs, references, and callbacks that we’ve found in The Last of Us Part II. This may go without saying, but the video does include spoilers. Though a ton of the hidden secrets in Part II are scattered throughout the opening hours of the game, plenty are found in the mid- and late-game. So the video includes spoilers from the mid- and late-game.

These Easter eggs, references, and callbacks run the gauntlet. For example, Ellie’s room hides plenty of callbacks to storylines from the first game, she references real-world songs by playing them on guitar, and you can find Easter eggs that point to other Naughty Dog franchises like Uncharted.

In GameSpot’s The Last of Us Part II spoiler review, Kallie Plagge writes, “In the original Last of Us, I wanted to make Joel’s bad decisions right along with him; I knew it was ‘wrong,’ in a sense, but I wanted to save Ellie anyway. In Part II, I wanted nothing to do with Ellie’s bad decisions. There’s no ‘oh god, I’m the monster’ moment; just profound sadness about all the pain she’s caused. Without Abby, none of that works. Abby is a fantastic character in her own right, and the way the game pits her against Ellie is what makes the story powerful. It’s a tragic, heartbreaking exploration of the consequences of the first game, even if not all your actions here have real consequences.” 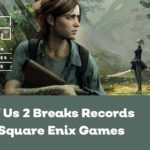 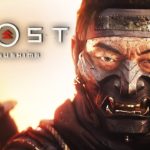