Now releasing on both PC and Nintendo Switch, the giant robot tactics game Volta-X will have a limited time beta ahead of its release in Summer 2020.

GungHo Online Entertainment’s new mecha action-strategy game, Volta-X, will have you command a squad of mech pilots to face off against escalating threats across the globe. Initially announced as a game for the Nintendo Switch, the mecha tactics game will also be making its way to the PC. In this exclusive for GameSpot’s Play For All, the developers have revealed that Volta-X will release on PC alongside the Nintendo Switch and that it will also have an exclusive beta. Lasting for one day on July 18, PC users will be able to customize their mechs and jump into battles against other players online, while also getting a quick look at Volta-X’s story mode.

Set for release later this Summer, Volta-X brings a more stylized twist to the tactics genre, in a similar vein to XCOM or FTL: Faster Than Light. In your fight that will span the globe, your squad of mecha pilots–who you can recruit after missions–will work together to expand your home base and customize your giant robots with new weapons and abilities. Throughout the campaign, Volta-X will introduce more significant threats and adversaries to face, many of which will culminate in giant robot battles that echo the bombastic, dynamic fights from mecha anime. Coming to the PC and Nintendo Switch for $19.99, the tactics game be available sometime later in 2020. 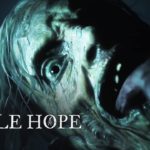