On this week’s episode of IGN’s off-topic comedy variety show with a laughably inconsistent schedule, we’re discussing Marvel’s Avengers, what setting the next Bioshock could have that’s on par with Rapture and Columbia, the new LEGO Star Wars Holiday Special, several million dollars worth of movie props being put up for auction, horrible cartoon characters that got turned into hot air balloons, and if there’s time, X-Men The Animated Series. 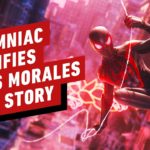 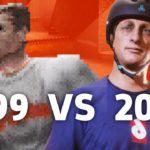