In today’s episode of the Daily Fix, Sydnee isn’t a fan of permadeath, but that doesn’t mean you should hate it, too! The Last of Us Part 2 is getting the feature along with some new graphics and audio mods, and the Grounded difficulty. And in Cyberpunk 2077 news—no the game isn’t delayed again—CD Projekt Red is still trying to nail first-person melee combat. Hopefully they’ll get it right before the game’s launch. Would it be worth delaying the game again? 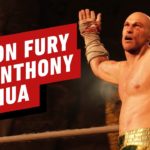 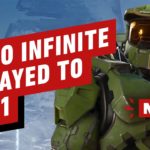