Playing as Smeagol/Gollum, you’ll explore a new game and story by Daedalic Entertainment that starts in parallel with Frodo’s, albeit on a different side of Middle-earth entirely. You’ll make decisions that align with one of the character’s personas as they fight for control, influencing some visual changes and the branching storyline as you progress.

As announced for Xbox Series X and PS5 earlier this year, a new game based on the works of JRR Tolkien is on the way: The Lord of the Rings: Gollum. While little has been shared about the game thus far, it has now reemerged with a new teaser trailer and gameplay details for the stealth-based title, which is coming to both next-gen consoles and PC in 2021.

Gollum isn’t strong but instead crafty, which will give you some opportunities to take out enemies in an otherwise predominantly stealth-focused gameplay. Some enemies can be taken down with stealth attacks or lured into dangerous parts of the environment, some of which might feature familiar characters that can aid Gollum on his journey.

The Lord of the Rings: Gollum is set to launch sometime in 2021 exclusively for next-generation consoles and PC. Gameplay will only be shown in 2021, according to developer Daedalic Entertainment. 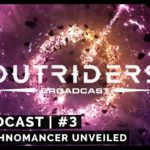 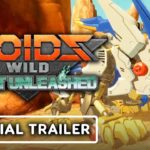