Xbox Series X|S-exclusive Scorn draws its inspiration from H.R. Giger’s work on the Alien franchise and the surreal art of Zdzisław Beksiński. Watch the unsettling and horrifying results in this exclusive 13-minute gameplay video.

Ebb Software’s Scorn is a dark and grotesque horror-adventure game set within a bio-mechanical labyrinth. It was first revealed in 2016 and is a narrative-driven FPS that combines grotesque body-horror and action gameplay with the bizarre and nightmarish imagery from H.R. Giger’s work on the Alien franchise.

Scorn will launch on PC and for the Xbox Series X|S as a next-gen console exclusive, with a planned release set for sometime in 2021. Ebb Software has now revealed more of what’s to come with the game, showcasing a near-final look at the horror game.

In the gameplay video, there’s a sense that Scorn aims to put players in a state of confusion, which, based on the gameplay, intensifies over time. The imagery shown off in this video is extremely weird, but it’s still interesting–especially for fans for enjoyed the Alien series.

According to the developers, as well as taking direct inspiration from H.R. Giger, it also draws upon the works of surrealist artist Zdzisław Beksiński. The result is something that is designed to put you in a constant state of discomfort, but still leaves you eager to delve deeper into its world. 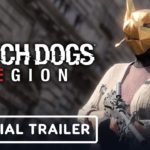 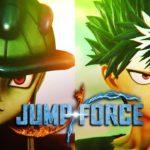