We recreate the 2K21 PS5 Next Gen gameplay trailer shot for shot in this comparison video.

Following its release for PS4 and Xbox One in September, 2K’s NBA 2K21 is headed to the PlayStation 5 and Xbox Series X in November. It’s almost here. One thing people want to know is just how much better the next-gen edition looks, and that’s starting to come into focus.

In a new video, we recreated the NBA 2K21 PS5 next-gen gameplay trailer shot-for-shot with the PS4 edition. You could have guessed this, but the PS5 edition certainly looks a lot better.

In particular, the sweat that drips down cover star Zion Williamson’s face is more pronounced, while the animations and overall graphics generally look better and more realistic on PS5. Check out the full video to see more.

NBA 2K21 is a launch title for the PS5 and Xbox Series X, releasing on November 10 for Xbox Series X and November 12 for PS5. Keep checking back with GameSpot for lots more in the days and weeks ahead! 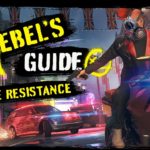 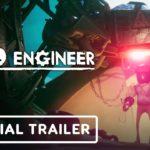