Will PS5 sell more than PS4 in year one? Sony sure think so. In an unsurprising move, The Batman gets delayed with the rest of the WB slate, except for the Matrix 4. The Resident Evil movie reboot has its cast and wants to focus on the scary part of those games again. Microsoft looks to have made a move toward some Bethesda exclusives on Series X and S. And Phil Spencer isn’t sold on 8K as a video game standard. All of this and more on another fabulous episode of News, Games + More. 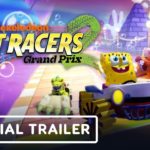 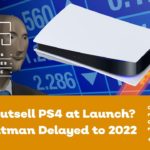