Star Wars: Squadrons releases on October 2nd for PS4, Xbox One, and PC. The game promises to deliver the thrill of being a space fighter pilot. In this video, we go head-to-head against Imperials in the multiplayer portion of Squadrons.

The video showcases an inside look at the cockpit of an A-wing and how the combat works including firing and dodging missiles. Players must always stay on the move and keep a close eye on their systems such as weapons, shields, and engines.

We can also hear some of the classic Rebel combat chatter between pilots, with lines like, “I’ve got your back” and “Good save.” Also shown off in the video is the game’s lovely looking visuals as players fly above the clouds with the vast emptiness of space in the background.

Keep checking back with GameSpot for the latest, including our full review and further coverage in the days ahead. 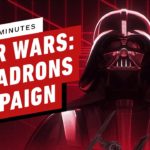 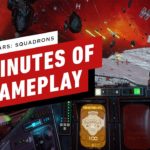