Following a brief tease, Nintendo has announced the next fighter for Super Smash Bros. Ultimate. It’s Steve from Minecraft, the blocky pickaxe-wielding hero!

The presentation showed a few alternate skins: Alex, Enderman, and Zombie. We also got a brief glimpse at a Minecraft-themed stage, which appears to be able to swap between different biomes. The trailer showed a forest as it appears lush and green, wilted in the fall, and snowy in the winter. 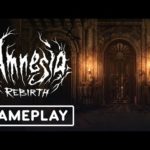 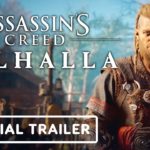