Michael is back with his final impressions of the preview unit of the Xbox Series X.

In our first Xbox Series X preview, we covered backwards compatibility performance, load times, Quick Resume, and some of the physical hardware impressions. Over the past few weeks, we’ve been able to explore more of the Xbox Series X’s capabilities. Those with preview units have had access to a few Series X-specific games with next-gen enhancements and can now h talk in-depth about storage drive options and how well they work, as well as topics like the Xbox UI and some of the system’s broader features.

The experience provided by practical improvements with loading speeds and overall ease of making the most of my time gaming has been impressive. Although these changes aren’t not going to hit you with a mind-blowing graphical leap, they enrich the overall gaming experience on Xbox Series X.

In this video, I dig into all that as part of the final, extensive look at the Xbox Series X before it launches on November 10–keep in mind that this is not a review, but rather a more detailed look at our Xbox Series X preview units. This preview will cover the first wave of games optimized for Series X, backwards compatibility performance, updated load time testing and results, how external storage works, and more. 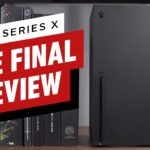 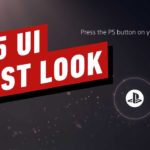