Cyberpunk 2077 is a huge game–even though we’ve been getting lots of looks at its story and gameplay for years now, there’s still a lot to uncover. CD Projekt Red gave us one last, lengthy look at Cyberpunk before its December 10 release date, and it covered a lot–from story, to side quests, to sex.

In the video above, Lucy and Jean-Luc’s lingering Cyberpunk questions are fielded by Phil, a GameSpot editor who got to spend some 16 hours exploring Night City in CD Projekt’s final preview of the game. He spent a bunch of time working through the story, spending time with the characters, hanging out with Johnny Silverhand, and building up the legend of mercenary V through the course of the preview. He also ventured to a Night City red light district to find out what hanky panky is like in Cyberpunk 2077–for science. It was weird.

We’ve got plenty more Cyberpunk 2077 coverage, including lore deep-dive videos and two big previews based on our 16-hour play session, at GameSpot.com, so be sure to check them out. 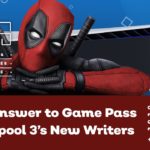 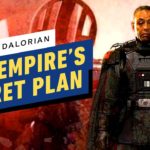