Call of Duty: Black Ops Cold War has multiple ending scenarios for its single-player campaign. Let’s take a look at each one.

MAJOR SPOLIERS AHEAD!
Call of Duty: Black Ops Cold War has a few endings to its single-player campaign mode. Players are given the option to save the world by preventing a nuclear war, or teaming up with Perseus to commence the launch and deter the Americans to a dead end. Throughout the story, you’re given many options to progress the way you want. But when it comes to this final mission, a lot more is at stake and your actions are a matter of life or death. Here’s how your options break down.

After some mental interrogation, your character Bell wakes up and finds themselves with Adler and the American team. You’re strapped to a chair and given one choice: Tell Adler the truth about Perseus’ location and help prevent a nuclear catastrophe, or lie to him, divert the American team to another location, and help Perseus vaporize all of Europe. If you tell Adler the truth, you get the canonical ending where you, Mason, Woods, and Adler head to the Solovetsky islands and stop the launch from happening. Perseus escapes but America wins this fight and saves all of Europe.

Lying to Adler sends you to the Duga array in the Ukraine- a distraction for Perseus to start the launch with no Americans in his way. If you unlocked the secret door in Hudson’s base prior to this mission, you also have a chance to not only turn your back on the US team, but plan an ambush that leads to the deaths of Woods, Mason, Kim and Adler by your own hands. Once the US team is killed, you and the mysterious man (who turns out NOT to be Perseus) launch the nukes and blame the United States. Be on the lookout for GameSpot’s Call of Duty: Black Ops Cold War coverage with its upcoming review and guides to both multiplayer and zombies mode. 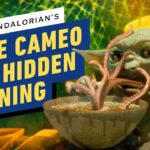 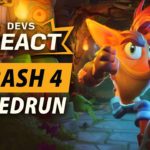