Spider-Man Miles Morales may have some new Spider-Man suits to flaunt thanks to the ray-tracing graphics capabilities of the PS5, but the red and blue spandex of Marvel Comics’ most popular hero has a long and storied history of on-screen adaptation that spans all the way back to the Atari 2600.

Peter Parker made his first pixelated appearance in 1982’s Spider-Man for the Atari 2600. But it took until the ‘80s and console releases like the NES, Super Nintendo, and the Sega Genesis for Spider-Man to get some actual definition in the costume. Games like Maximum Carnage not only featured characters like Venom and Carnage but also pushed the limits of what was graphically capable at the time. Maximum Carnage even featured pixel art comic panels taken directly from Spiderman comics by artists like Mark Bagley.

When it comes to animation though, the Capcom game, Marvel vs. Capcom (mvc), really elevated the quality of Spider Man sprite animation. With an art style similar to that of Todd McFarlane, Marvel vs Capcom really did an excellent job of bringing Todd’s hunched posture and arachnid-like sense of movement to life.

Spider-Man would eventually make the leap to 3d with games like Spider-Man and Spider-Man 2, but it’s the game based on the Spider-man 2002 film (featuring the original voice cast of Toby Maguire, Willem Dafoe, and James Franco) that really brought Spidey’s suit into the modern era of graphics.

Other games like 2015, Spider-Man: Shattered Dimensions brought the Spider-verse to life long before the animated film. Thanks to this game Spider men like Spider-Man 2099, Spider-Man Noir, and Symboite Spider-Man made their first in-game appearances. Frankly, those Sony Playstation 3 (PS3) graphics didn’t look too shabby.

But when it comes to the best looking Spider-Man in video games, look no further than 2018’s Spider-Man by Insomniac Games. Up until that point, this was the best-looking video game Spider-Man. PS5 and the Spider-Man remaster managed to make even more improvements on the graphics. Now with Spider-Man Miles Morales on the Playstation 5 another web slinger gets his web-clad wardrobe adapted to video game graphics, and it looks great.

For more on Spider-Man Miles Morales and all things Spider-Man, be sure to stay tuned to IGN. 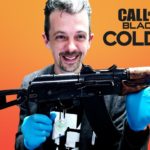 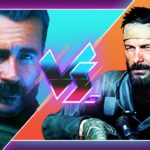