Want to know how much of a difference PS5’s Boost Mode adds to your PS4 games? Check out this comparison of Ghost Of Tsushima, running on PS4 Pro and PS5 with the latest patches.

Much has been made about the PlayStation 5’s backwards compatibility with PlayStation 4 games. Sony has confirmed that 99% of all PS4 games will play on its new system, but some titles will be receiving patches to optimize the experience.

One such title is 2020’s Ghost of Tsushima, which already looked stunning on PlayStation 4. It’s been optimized for PS5, taking full advantage of Game Boost, with an option in the game to allow frame rates up to 60fps. In the above video, we compare the PS4 version of the game running on a PS4 Pro to the PS5. Both were captured in resolution mode.

For more on the PlayStation 5, including in-depth looks at its backwards compatibility, as well as reviews for its launch games like Astro’s Playroom and Spider-Man: Miles Morales, keep your eyes peeled to GameSpot. 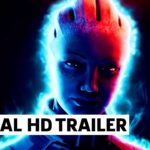 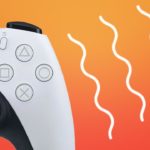