We compare the two next-gen versions of Assassin’s Creed Valhalla, taking a look at the game’s load times, and visuals on PlayStation 5 and Xbox Series X.

Assassin’s Creed Valhalla is available now for both current and next-gen platforms. We already compared the game’s Xbox One X version to its Series X upgrade, with the Series X version having clear improvements over last gen, but what differences can we expect between Series X and Sony’s new PlayStation 5?

In the video above, we take the same Assassin’s Creed Valhalla save file and, thanks to the cloud, use it on both platforms, to compare as fairly as possible. We also used the same capture device and in-game settings. We compare the fast travel load times between Norway and England, and take a look at how the visuals and performance differ between the platforms. You’ll see that the differences are negligible, but a keen eye may be able to spot them.

Take a look at the video to discern the key differences between the PlayStation 5 and Xbox Series X versions of the game. If you currently own Assassin’s Creed Valhalla on PS4 or Xbox One,, the game upgrades to the next gen version for free when you get a new console, and you can use your cloud save to pick up where you left off. For more on Assassin’s Creed Valhalla, including our review, check out more from GameSpot. 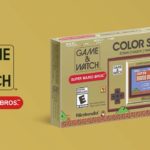 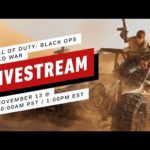