The next generation of video game consoles is here! In this video, we’ve got a side-by-side comparison of Call of Duty: Black Ops Cold War. We’re putting the PlayStation 5 up against the Xbox Series X and comparing graphics and sounds from the first few missions of the campaign.

For the first time, Call of Duty has offered a cross-generational bundle of a game. If you pick up this special version, you’re able to cross-save between your last-gen console to your brand-new console released this year. You can also cross-save to another generation and platform. We’ve tested this out and were able to cross-save from a PlayStation 4 to an Xbox Series X with no issue.

In our review, Kallie Plagge explains, “It’s clear that a core theme of Cold War’s story is that things are more complicated than just good or evil, and the ways in which this sequel plays off the original Black Ops underscore that. But like many Call of Duty stories, it only gestures at a greater point and stops short of making it. It’s overall a fun action-movie story that absolutely delivers on the quintessential Black Ops twists and turns, but it ultimately walks back its more interesting and relevant questions–though I was completely invested in the story for the entire duration.” 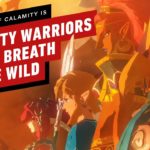 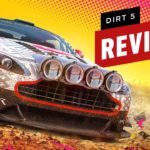