Between new console launches and the holiday season, no one should be surprised by the sheer amount of games being released this month! With games such as Mars Horizon, The Falconeer, Dirt 5, Godfall, and The Pathless, there’s something for everyone! Check out this video to see when in November your most anticipated games are launching and on which platforms.

November 2020 has a wide variety of games such as Just Dance 2021 for all you dancers out there, Enlisted for those who enjoy games about war, and let’s not forget NBA2k21. Next gen consoles are getting some versions of already released games such as AC Valhalla, Borderlands 3, Watch Dogs Legion, Fortnite, Observer System Redux, and of course NBA2k21. If you love playing Destiny 2, don’t forget to check out Destiny 2 Beyond Light expansion. Are you hyped to check out Hyrule Warriors Age of Calamity? Age of Calamity looks beautiful and fun. Don’t forget that we’ve got 3 new consoles out this month, the Xbox Series X, Xbox Series S, and the Playstation 5. You can find the following games on some of your favorite platforms/consoles this month, Bright Memory, Fuser, Gears Tactics, the XIII Remake, Yakuza Like a Dragon, Bugsnax and Mortal Kombat 11. Rambo is a new playable character in Mortal Kombat 11 as well! Let’s not forget that we are also getting Farming Simulator 19, Kingdomhearts Melody of Memory, and Sackboy A Big Adventure. Novembers most anticipated game Cyberpunk 2077 has been delayed to December, so keep an eye out for next month’s video!
#ign 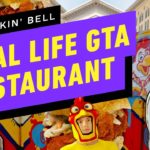 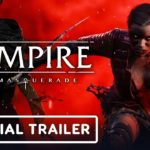