Take a look at this video comparing the first ever gameplay demo of Cyberpunk 2077 with its final retail version captured on PC.

Cyberpunk 2077 has been a long time coming. Since the game was first revealed in 2012, we had to wait six years before we saw a 48-minute long work in progress gameplay video.

Now, Cyberpunk 2077 has finally been released, and we can compare those work in progress visuals to the finished product. In the above video we compare scenes from two key moments in the game, an early mission where V and their friend Jackie Welles are on a job to rescue a wealthy woman who has been kidnapped by scavengers, before visiting the Ripperdoc to enhance V’s cybernetics. Then, we take a look at a second mission, where V and Jackie met Militech agent Stout, and infiltrate the Maelstrom gang hideout to pick up an advanced bot for fixer Dexter DeShawn.

For more graphics comparisons, check out our look at the game running on a base PS4 and a PS5. Cyberpunk 2077 is available now on PS4, PS5, Xbox One, Xbox Series X/S, PC, and Stadia. 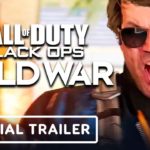 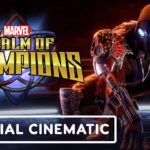