SNK has announced three of the characters coming to King of Fighters 15, and announced that a gameplay trailer will arrive in January.

Producer Yasuyuki Oda and creative director Eisuke Ogura explained that Kyo, Benimaru and Shun’ei would all appear in the upcoming fighting game. Kyo, who appeared in the very first KoF game, makes a return in a black jacket and bandana. Benimaru switches back to a sleeveless shirt design, and will be more familiar to how fans remember him. 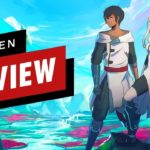