Check out some spoiler-free side quest Cyberpunk 2077 gameplay, featuring a level 30 V. Captured on PC.

We’ve seen extensive footage from Cyberpunk 2077’s early game, including its in-depth character creator, and the various lifepaths that you can choose for your character. While we’ve seen V’s humble beginnings, what about an upgraded, late game V?

In the video above, we show gameplay from three different side quests, which we tackled with a level 30 character, showing off some late game abilities, and iconic weapons (yes, we have the Mantis Blades). Don’t worry, there are no main story spoilers.

In the first mission, Old Friends, V must infiltrate Karubo’s Bar. Utilizing quickhacks and abilities like Synapse Burnout, we mess with the environment and hack enemies to clear the bar, before swapping to Mantis Blades to mop up remaining enemies. In the second mission, Jeopardy, we use stealth to infiltrate the morgue of a funeral home to steal a shard from a courier’s corpse. In the third and final mission, we clear out a gang hideout, all guns blazing.

You can read GameSpot’s review of Cyberpunk 2077 here. The game launches on PS4, PS5, Xbox One, Xbox Series X/S, PC, and Stadia on December 10. For more Cyberpunk 2077 tips, make sure to subscribe to youtube.com/gamespot. 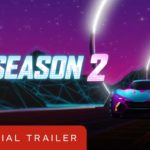 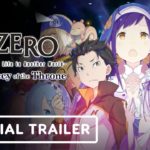