Now that we’re a month into the Xbox Series X run, we’ve gathered reviewers from IGN, GameSpot, and Bloomberg to discuss if the new Microsoft Xbox Series X console is living up to the hype. The hardware certainly shows a lot of promise but a lack of first-party support isn’t doing Series X any favors.

The Review Crew is a weekly show where we gather folks from all over the gaming community to discuss the biggest reviews. In previous episodes, we’ve discussed Sony’s PlayStation 5, Assassin’s Creed Valhalla, and Spider-Man: Morales.

The IGN Xbox Series X review published just over a month ago, and here we discuss our changing thoughts on the Xbox hardware, our thoughts Xbox games, specifically a lack of first party support from Xbox Games Studios, and the outstanding value of Game Pass.

But first! We look at the best and worst parts of the XSX and impart our hand-on impressions of Microsoft’s newest console. We showcase Xbox gameplay and dive deeper into our Xbox review.

The Series X launch was relatively smooth, and we weigh in on Xbox stock and the Xbox pre-order dilemma. And finally, the lightning round where all Xbox questions will be answered! Well, probably not, but the lighting round is still very fun. 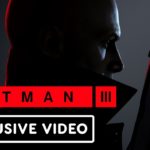 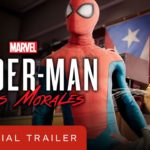